This Egg Frittata dish is hands down one of the most popular dishes I serve on retreats. And I have been asked for the recipe many many times. I don’t just cook vegan, I like to use eggs and goats cheese when I want. I’m not Vegan myself, but I do love vegan food as well as you can be so creative! Unless the retreat is Vegan I make this dish on every retreat.

However this is a recipe designed to make life easy for yourself. It’s an oven baked frittata.

No egg sticking to the pan.

The frittata staying in one whole piece instead of falling apart when you try to cut it.

You can focus on making a green salad & hummus while it is in the oven rather than watching it in the pan.

I made this on numerous retreats, but on one in particular I made it twice! I asked everyone for their favourite dish and made the favourite on the last day. Mariposa Retreats created by my friend Lucy run regular retreats in Ibiza, and they absolutely adored this dish, and I adored them. 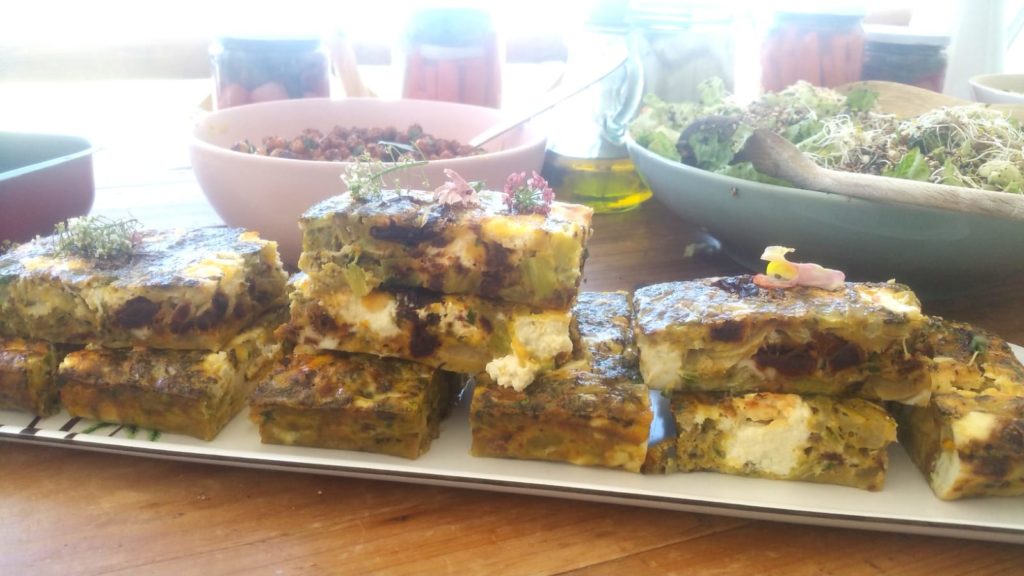 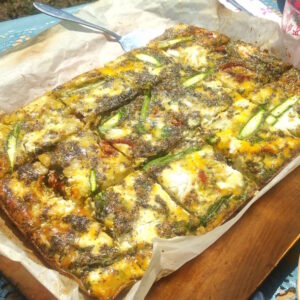 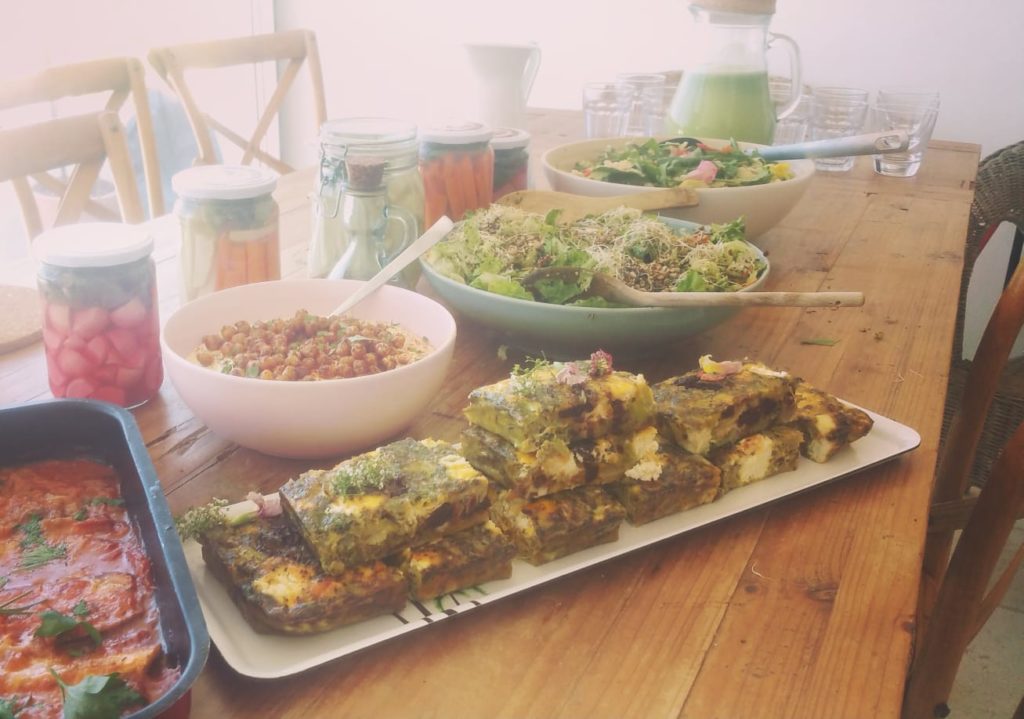