4 Ways To Improve Your Relationship

By admin Love & Relationships, Soul Empowerment Feb 17, 2015 No Comments on 4 Ways To Improve Your Relationship

I want to share with you 4 ways to improve your relationship. Before embarking on our 6 weeks of travels, Mogli and I pondered whether we would argue as life together was like a constant honeymoon. So much love that I could never foresee an argument happening, but of course the more time you spend with someone the more likely something will come up that you disagree on. Arguments are bound to happen, but how you respond to them is something you can control and improve. Not only will this minimise the arguments you do have, but it will allow you to understand each other on a deeper level and bring you closer connected,

So after being together just over a year, Mogli and I did have our first argument. A lot of couples have asked us how we went for so long without one. Well, we have done long distance for 11 months of that year. Spending so long apart was one of the hardest things I’ve ever had to do, but it’s also been the best foundation for our relationship. It has created an abundance of gratitude & appreciation for every single second we spend together. Every minute is always precious.

I’ve been in relationships before where time hasn’t been precious, where we’ve taken each other for granted, where we got into a routine and lost the passion, the lust, the longing to be with the other. When it’s the right person, the right relationship and the right time, you do anything to create perfect polarity, to ensure that you learn about each other consistently and grow together. For if you do not grow together, you grow apart.

Mid argument, we were sitting there at breakfast like strangers. After a year of pure love, it was gone in that short moment. Both in our heads, not feeling what was in our hearts, more concerned with our own side and who was right. So just remember that the next time you’re in the middle of a fight. Where does the love go in that moment? The love is there, but it’s hiding. Old fears and negative emotions resurface. Your partner, as much as you see them as the cause of your pain or anger, only brings out the pain already in you. This is what needs to be discussed and dealt with, not the argument itself.

So following the argument, which was actually over something so small and insignificant, we laid in our hammock outside our beach hut with some lovely zen music on to talk. We listened and spoke openly so we knew why the other was mad and what may have caused our reactions. We did this within an hour. We were then strong enough to accept each other’s point of view and apologise for our individual behaviour.

Mogli and I spoke of what lessons we learned from our first argument and how we can both improve so we look after the other persons heart more carefully.

So here are 4 ways you can improve your relationship:

1. Put your ego’s needs aside.
Stop being stubborn just so you are right. Remaining defensive and expressing negative emotions is not going to get you anywhere, only to further unhappiness. Apologising is always so difficult, as you don’t want to ‘give in’ first. But why? Do you want to be right, or happy? So if the other shows any sign of positive emotions, whether it be a smile, or just starting a normal conversation, remind yourself of what you really want deep down and give a smile back. It’s a difficult one when you’re arguing, but emotionally mature and enlightened people are able to take themselves out of the situation and look at the bigger picture. This is a skill, and like any other skill takes time to master, but it’s worth it, isn’t it?

2. Discuss and sort it there and then.
Not saying what you’re really thinking, sitting there stewing about what you think happened, concocting stories in your head only makes it worse. So walking out, sitting in silence or giving each other ‘space’ only makes you feel worse. You’re delaying your own happiness by not having a heartfelt discussion and keeping yourself in an angry or pained state.

3. Understand WHY you acted in that way.
As I mention above, your partner is never the cause of your pain, they just bring out the pain already in you. If you do not look at the root cause and only treat the symptom, it’s the equivalent of taking antidepressants if you’re depressed. The problems that are causing you to be depressed are still there until you face them head on so you no longer need the medication. It can also create bigger problems down the line as it will then be a build up of small issues that aren’t really anything major, but yet create something major because they have built up over time without being discussed.

4. Allow yourself to be vulnerable.
When you’re both being strong and defensive, this is your ‘Warrior’ wanting to protect your ego and your emotions as though you’re wearing a suit of armour, and so the feelings of anger, frustration and pain aren’t likely to subside. Whereas, if you show that you’re vulnerable, and by vulnerable I mean showing you care, being led by feelings rather than thoughts and ideas, leading with your heart; then this will break down that armour and help fade away the negative emotions so you can begin to see more clearly.

Revitalise Tip: Don’t be afraid to face your problems head on. When you react badly to something, it’s likely to be from something in your past you haven’t dealt with.

How can you change and grow if you are still holding onto baggage from earlier in your life? 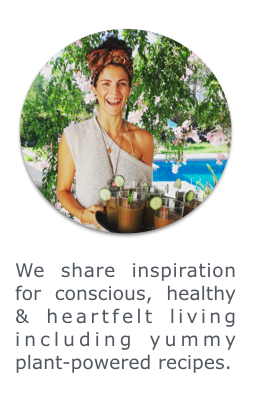 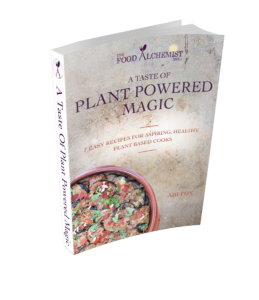